Far from being a simple trend, virtual-try-on (VTO) is rapidly developing in the e-commerce sector, where it has a significant role in increasing sales. This phenomenon can be observed in all fields, including eyewear. To prepare your purchase in-store or to make it directly online, this technology is becoming a standard that opticians must integrate into their website.

According to the annual survey of the Fevad (Federation of e-commerce and mail-order selling), the e-commerce market in France will exceed 100 billion euros in 2019, compared to 92 billion the previous year.

Another study conducted in 2018 by software publisher Oracle shows that by 2022, 8 out of 10 large companies planned to bring virtual into their customers experiences.

VTO is one of the most popular systems because it meets a significant consumer expectation, especially in the fashion field. A CSA Institut study carried out for Oney in 2016 showed that 61% of French people were already ready to try on clothing virtually using a silhouette that reflects their precise measurements.

The same applies to cosmetics: at the end of 2017, L'Oréal's Makeup Genius app, which allows you to test make-up in augmented reality on your face, already recorded more than 20 million downloads.

[To learn more about the impact of eyewear Virtual Try-On on your in-store customer experience, click HERE] 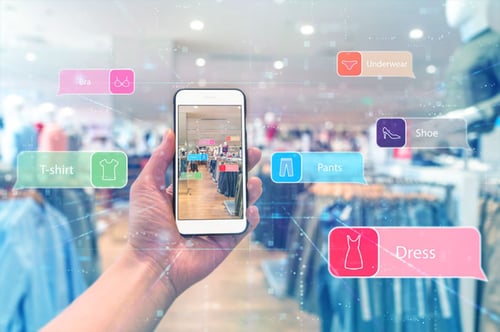 The VTO is becoming a permanent feature in the daily lives of Internet users and is now a prerequisite for any product purchase requiring a fitting. The purchase of glasses in the first place, whether they are for vision or sunglasses. For eyewear sites, virtual try-on must be integrated as fundamental to the purchasing process, whether it is completed online or in-store.

Virtual fitting, beyond the "wow" effect it brings, has a powerful impact on the e-retailers' business. This technology makes it possible to increase the number of transactions (up to 60% in the ready-to-wear sector) and reduce return rates by a third, with a reduction in transport and logistics costs. It is also a way to improve customer satisfaction and therefore increase loyalty.

Opticians should not neglect their presence on the web even if the purchase of glasses on the internet remains anecdotal in France. That fact will soon no longer be the case. In a global optical market estimated by the Euromonitor barometer at $127 billion in 2018, Internet sales now represent 8% (or $10 billion), compared to 5% in 2013 and 2% in 2008. Its proportion is expected to reach 10% in 2025 (and even 14% according to Essilor Group estimates).

In France, the QualiQuanti survey conducted in 2018 for the Supercent power plant among 1,000 wearers shows that 4% of them have already bought eyeglasses or sunglasses on the web, but this figure rises to 14% for those under 30 years of age, 9% for upper class and 10% for Francilians! For these Internet users, the VTO is an essential prerequisite for the successful purchase of glasses online.

Virtual Try-on, a crucial step in the pre-selection of frames

According to a survey conducted by BVA, 8 out of 10 French people get information online before buying.  This practice, called ROPO (Research Online, Purchase Offline), is mainly used for health and fashion products to which can be assimilated eyeglasses and sunglasses.

Thus, for the majority of French people who prefer to acquire their equipment in-store to benefit from the optician's expertise in face style and visual acuity, the Internet has become an essential tool for preparing for the purchase.

The Internet is a way to choose a store, discover its offer, but also try virtually, from home, a certain number of frames and pre-select them to save time in-store.

A study carried out by Optic 2000 in 2017 shows that online try-on is the second main expectation of Internet users when it comes to glasses purchase (a third of wearers). The price simulation remains the first one.

The Virtual Try-On boosts the chances of referencing in networks

It should be noted that complementary health insurance, which has become a full-fledged prescriber in optics (a quarter of insured persons are recommended an optician by their mutual insurance company), has perfectly assimilated the essential nature of drive-to-store and VTO in eyewear. During their last calls for tenders, the Santéclair and Kalixia healthcare networks decided to award a significant number of points to candidate opticians with a website integrating virtual fitting into their frames catalog.

Augmented Reality: The New Normal of the Shopping Journey 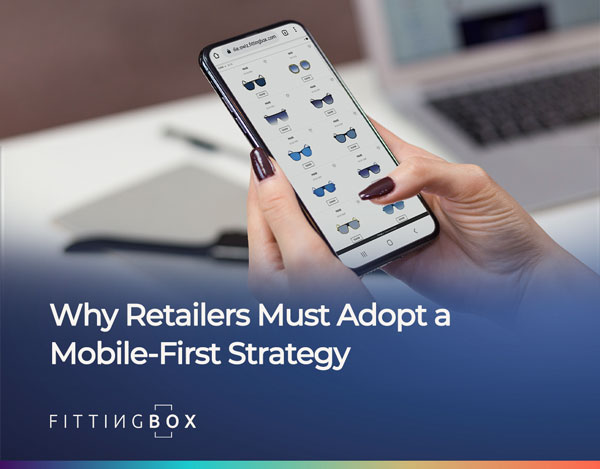 Why Retailers Must Adopt a Mobile-First Strategy