How to sell glasses online with the best buying experience?

Afflelou group is a major player in the optical sector in France and Europe, perceived as the "preferred optical brand in France". With the ambition to always satisfy its customers and to provide an even more efficient purchasing experience, Alain Afflelou innovates by integrating new technologies.

For the group, this is an additional opportunity to keep the glasses wearers engaged and increase their online visibility.

Back on the group's choice to bring a virtual eyewear fitting functionality to its customers, with the FitMix module, available on all supports (computer, phone, mobile). 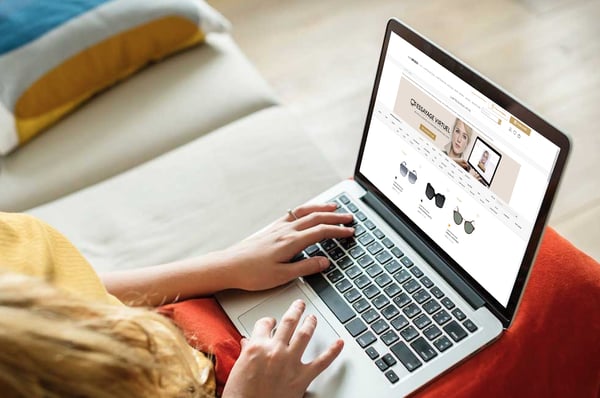 Why did you implement FitMix?

Thierry PIRES : "It was our Marketing Director who decided to implement FitMix on our website, to re-place an existing solution that had a lower rendering and lower quality. The solution was not mobile responsive.

Today, considering that a large part of traffic is on mobiles, it was essential that our virtual try-on technology be compatible on mobiles."

It was easy to implement it?

What was complicated was to make sure that the Fitmix solution worked with all the mobile devices listed by FittingBox. The implementation of this solution required a lot of involvement and working time. It wasn't a big challenge, but there were several adjustments to set up some configurations."

How did you find the support of the FBX team??

T.P: "Very good, our stake was clear: what was the best way to give visibility to the FitMix tool beyond its functionality? The real advantage of FittingBox is that they gave us the ''best practices'' regarding the availability of the tool and its visibility, which allowed us to have an immediate use.

With the benchmark provided by FittingBox, we were able to implement FitMix operationally on the Afflelou site to get very successful results. FittingBox was ready on the volume of pairs to be photographed, they digitilized more than 700 pairs of glasses in a very short time, which allowed us to be on time for the production releases initially planned.

A little anecdote: we encountered problems during the tests, and despite their teams being in seminar, FittingBox did what was necessary to make the tool work again as quickly as possible. There was real support on the technical side."

How many visitors test your virtual try-on on your website? What was your conversion rate before FitMix??

T.P: "The first thing we were able to check the day after the launch was ..."

Download the full interview available for free, and learn more about the benefits Afflelou Group got after the implementation of a virtual try-on technology for eyewear.