The World’s Leading Virtual Try-On in Eyewear, Fittingbox Introduces Diminished Reality Technology That Is Both Immersive and Interactive, Available on Any Mobile Device .

Fittingbox, the first augmented reality (AR) innovator of eyewear solutions is launching its latest virtual try-on solution at the Consumer Electronics Show (CES) in Las Vegas, NV in January 2022. The technology behind many notable direct-to-consumer (DTC) optical retailers, luxury groups, brands and ECPs worldwide (i.e. Nike, Transitions, Gunnar and Police), has launched a second generation of its technology that accomplishes a simple, yet essential, solution to virtual glasses fittings.

Simply put, when trying on frames either virtually or in a brick-and-mortar store, customers are forced to view themselves through non-prescription lenses, meaning they are viewing a blurry image in the mirror. Worldwide, more than 2 billion people wear corrective lenses and among those, 30% (roughly 600 million eyeglass wearers) must rely on the subjective opinion of another person to make their choice, until now.

Over the past 15 years, more than 60 R&D researchers have been working on the development of Fittingbox’s unique digital solution called Frame Removal. Making its world premiere, this technology is supported by 16 international patents utilizing state-of-the-art technology in Diminished Reality, which, unlike Augmented Reality, digitally removes an element from the real world. "Frame Removal" therefore virtually removes the pair of glasses worn on the user's face in real time and replaces it with a 3D digitalized frame – allowing for the customer to view a new pair of eyeglasses clearly and accurately.

Fittingbox Co-founder and Research, Technology & Product VP, Ariel Choukroun added, “Like me, one third of people wearing glasses can’t see themselves without their corrective lenses.”

“Our mission has always been to develop more immersive solutions through technology, said Fittingbox CEO and Co-Founder, Benjamin Hakoun. “We support e-commerce brands and retailers, but we always aim to serve the consumer first and to-date we have generated more than 95 million virtual try-ons in 2021 and we produce the largest 3D frames and photo database in the world, accounting for more than  120k digital frames.”

With significant investments made in R&D each year (40% of annual sales), Fittingbox’s advanced technology positions the company to launch new product segments broadening the scope of virtual fitting solutions.

In addition to exhibiting at Tech West in the Venetian Hall, Level 1, Hall G – Booth #60414, Fittingbox will also exhibit at CES Unveiled. The media-only showcase event will take place Monday, January 3, from 5:00 until 8:30 p.m. in the Shorelines Exhibit Hall at the Mandalay Bay Resort & Casino. 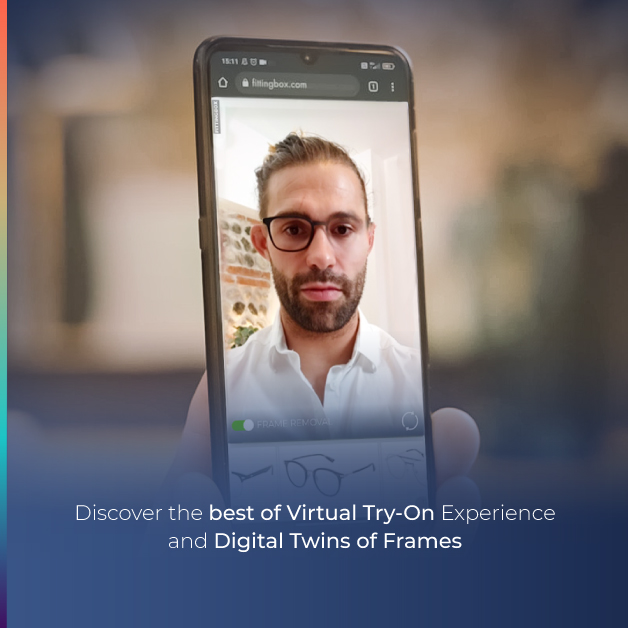 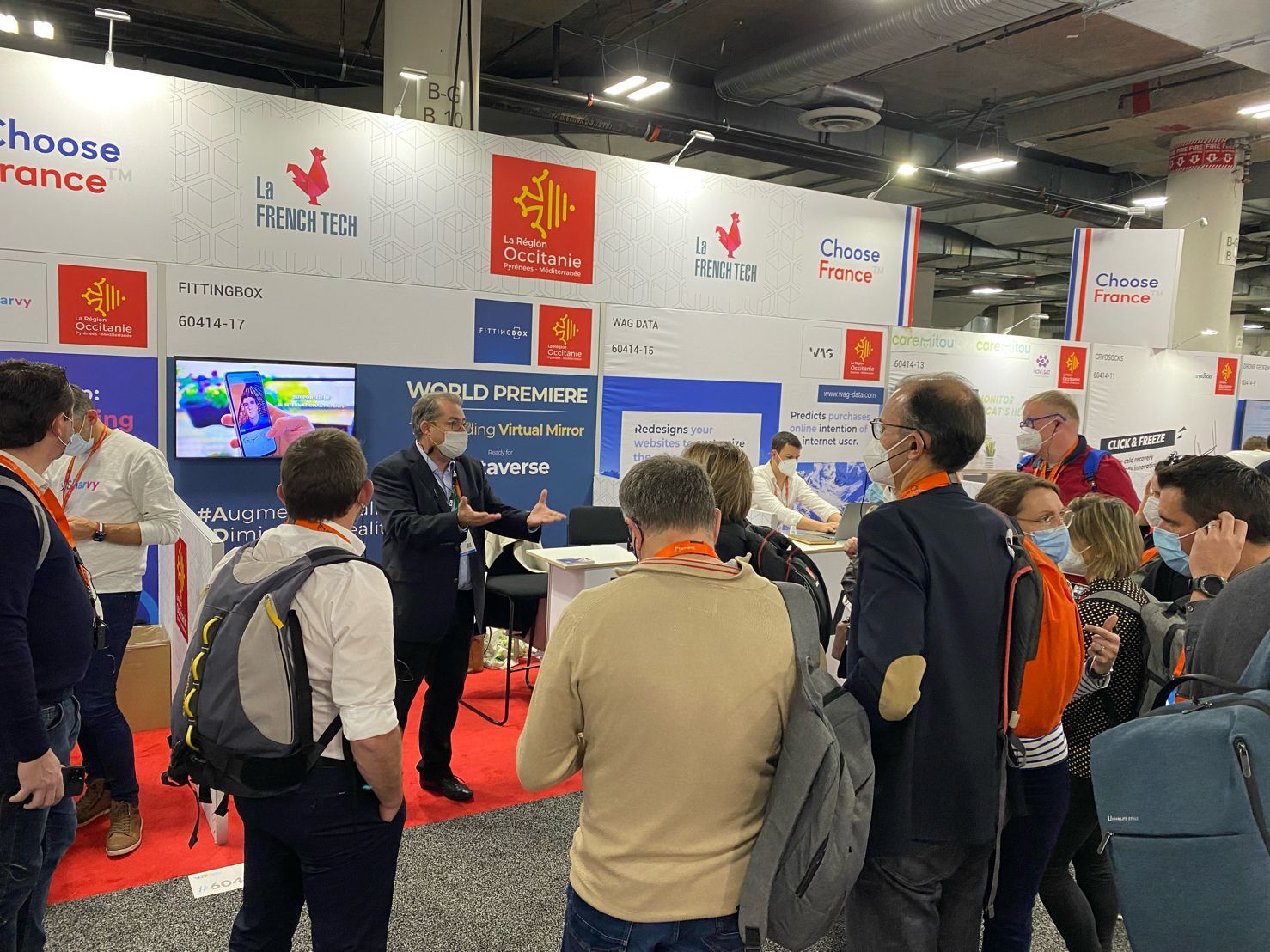 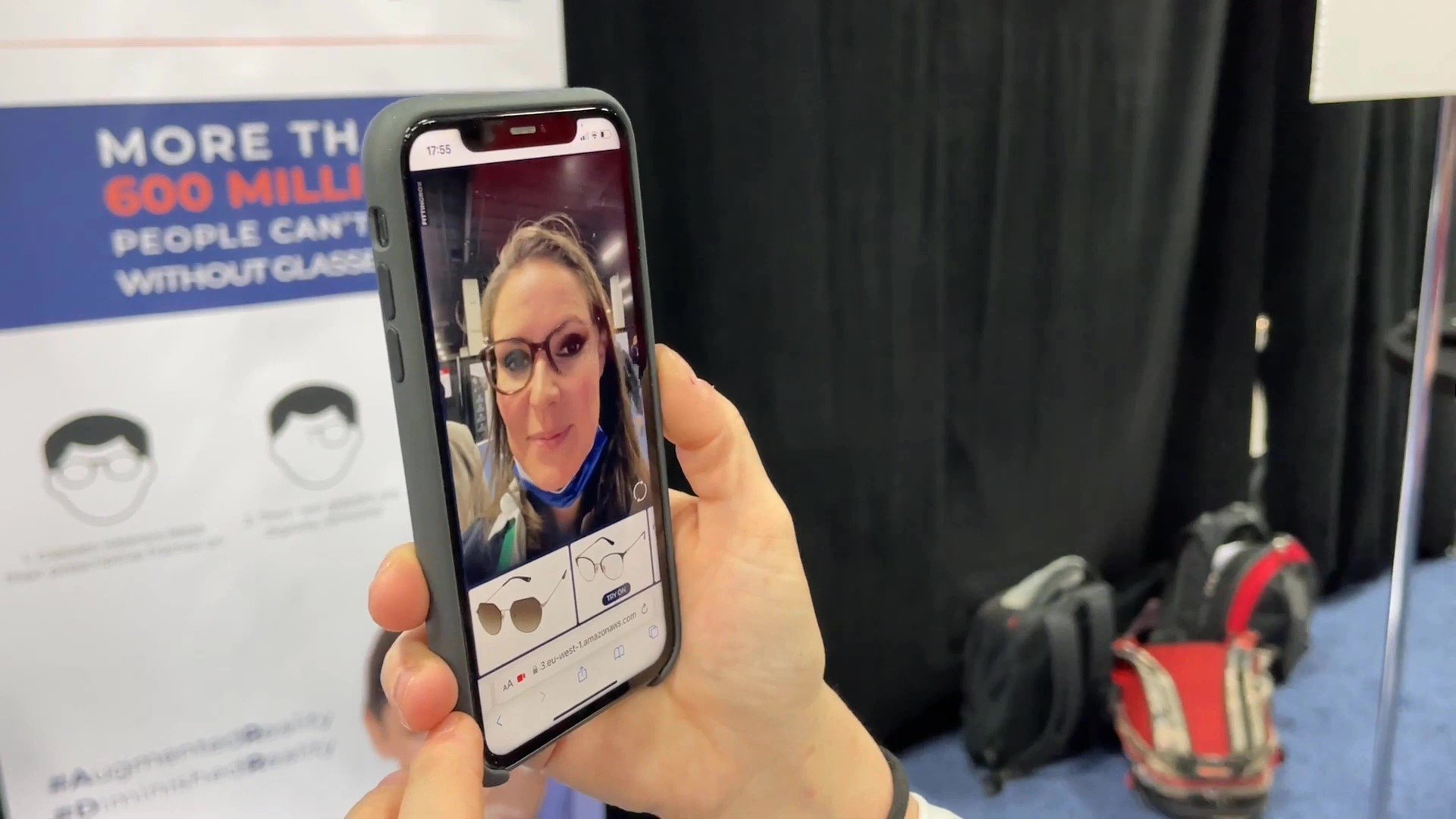