CES® 2022, the largest tech show in the world, concluded January 7 in Las Vegas, Nevada with more than 2,300 exhibiting companies from around the world, including more than 800 startups following nearly two years on a digital hiatus. Given CES’ comprehensive health measures -- vaccination requirement, masking, and availability of COVID-19 tests -- coupled with lower attendance and social distancing measures, host, the Consumer Technology Association (CTA) produced a dynamic live event coupled with a digital experience for those that were unable to attend.

Throughout the week, CES reportedly welcomed over 45,000 attendees in-person from 119 countries, including 1800 global media, across 11 indoor and outdoor venues. Over 2,000 companies exhibited ground-breaking innovations, including more than 800 startups featuring transformative trends such as artificial intelligence and reality, making products and technologies smarter, more efficient, and customizable, representing nearly every major industry.

Supported by Région Occitanie and labeled French Tech, Fittingbox was among the “Made in France” flagship companies attending the trend-setting world show. With innovation at the core of its business, the company has always kept on providing cutting-edge solutions to the eyewear industry and took the opportunity to attend CES to announce a grand reveal. The world’s largest database of frame photos and 3D models made its inaugural debut to present its world premiere: Frame Removal, a diminished reality solution for glasses wearers. The revolutionary innovation affords glasses wearers the opportunity to experience the “try before you buy” trend with virtual frame eraser, allowing users to shop from any mobile device from just about anywhere, without having to remove their prescription lenses to do so.

During the event, the team juggled demos, filmed interviews and conversations with journalists working for tech and trendy magazines, curious to know more about what was behind the Frame Removal technology. Since it was the public reveal of Frame Removal, the Fittingbox team performed live demonstrations, and for the first time witnessed the impressive reactions, in-person, from show attendees. 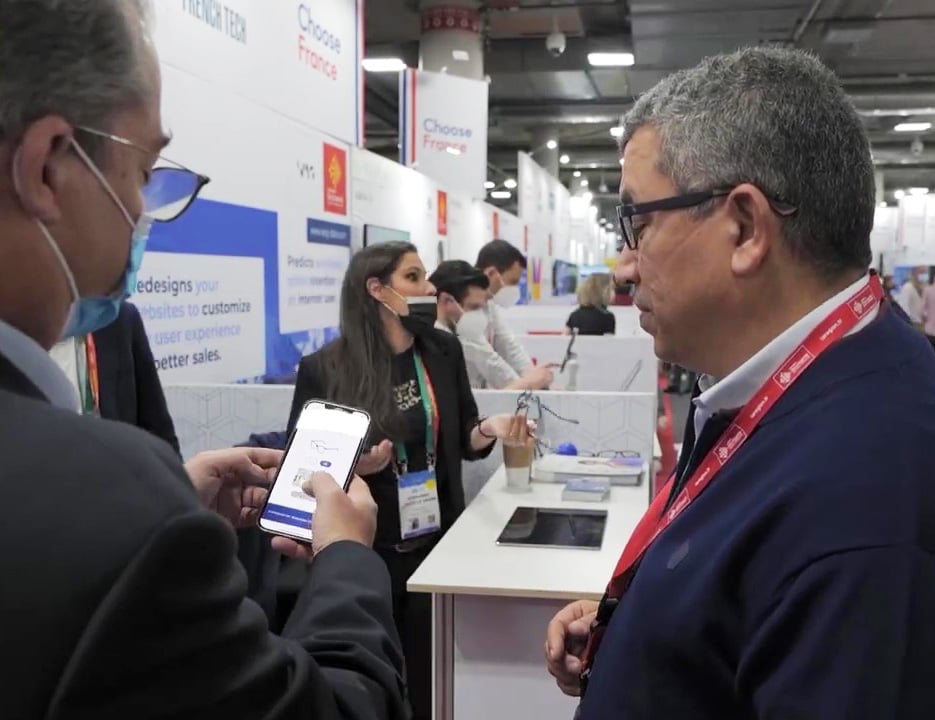 “We’ve always thought that Frame Removal would be a very useful tool for the eyewear industry, but CES has confirmed it: we’ve witnessed a real enthusiasm for this solution, and if it were any indication, Frame Removal will become a must-have for eyewear professionals,” said Fittingbox Sales, Marketing & Customer Success VP, Dominique Bazin. “We’ve also noticed that our expertise in Augmented Reality and Diminished Reality could be very useful in other fields such as makeup, accessories and jewelry virtual try-on which is very promising for the future.”

Fittingbox’s attendance at CES, coupled with the positive feedback gathered during the event and the high-level interest witnessed for Frame Removal hint at a bright future for Fittingbox, whose solutions will be part of the tools that will impact the future – and already impact the present. 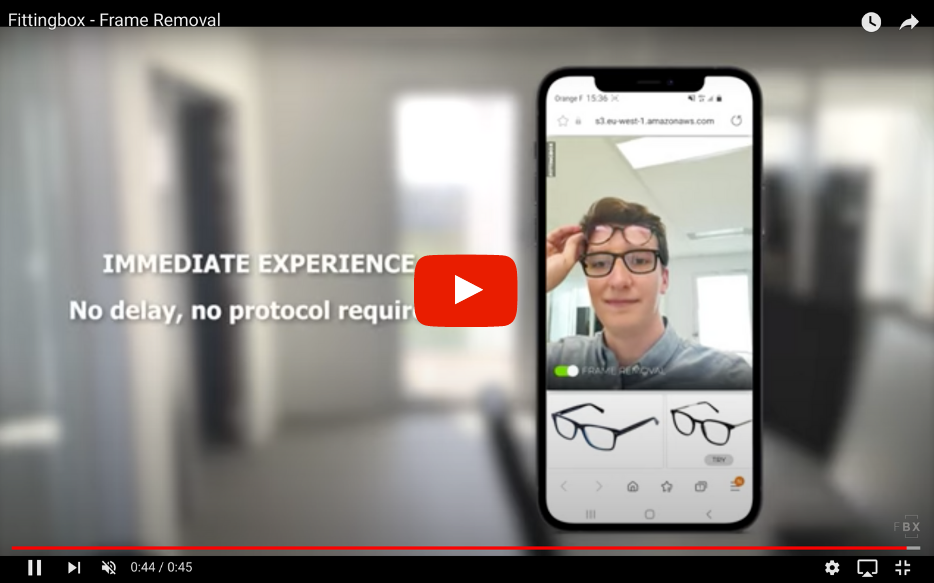